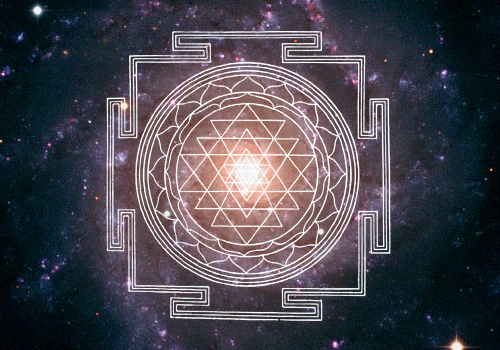 Humanity’s search for knowledge, in its many forms, has always fascinated me. Spanning geographies, cultures, faiths, and generations, the enduring pursuit of truth and insight into the diverse realms of human experience has yielded some of the greatest works of science and art — from the sequencing of the human genome to Michelangelo’s Sistine Chapel ceiling. Each school of thought or path of study carries its own distinct challenges, “great questions” and intellectual rewards, but it is the same mind that is driven to find answers.

Several months ago, I had read a New York Times article about Carl Jung’s Red Book, a hauntingly personal collection of writings and paintings exploring the depths of his unconscious. Despite the little knowledge I have of Jung’s work (I admit), I couldn’t pass up the opportunity to see this long-lost treasure up close at the Rubin Museum of Art. When I finally made it to the museum over Christmas vacation, I decided to start at the top floor and take a quick walk through the other exhibits first, saving the “best” for last on the bottom floor (surely, I thought, some trippy mandala paintings and multi-limbed Hindu deity sculptures couldn’t hold my attention for very long, fascinating though they may be).

I was quickly proven wrong.

Almost every exhibit blew me away, but one resonated with me the strongest: “Visions of the Cosmos: From the Milky Ocean to an Evolving Universe,” up until May 10, 2010. Here’s a Flickr photo set of the exhibit.

While perspectives shifted greatly from spiritual to conjectural to empirical, the quality of execution and level of diligence in constructing coherent visual narratives were remarkably on par across all works. Metaphor and symbolism were as vital as brush and ink in depicting Buddhist and Hindu cosmologies; the artists behind these works employed the tools of design to depict the interrelationships between physical and ethereal planes with such compelling clarity as to affirm their reality. Turning to the early Western astronomers, meticulous drawings of their observations with the naked eye and with simple telescopes helped demystify the heavens and bring humankind’s grasp of the world beyond Earth within reach, religious controversy aside.

Rounding out the survey of astronomical study was a series of typically dazzling photographs of distant nebulae and galaxies marking our present level of achievement. A projected Powers of 10-style video of The Known Universe flaunted the astonishing accuracy with which we now claim to know the universe and our place in it. On the same wall as the projection but directly above was a giant mandala painting (part of the exhibit “Mandala: The Perfect Circle”). I don’t know if the juxtaposition on the same wall was intentional, but graphically and thematically, the two images made perfect sense together.

Reflecting back on that day, I realized that it is the same quest for knowing that links the devotional artist, the scientist, and the modern information designer. The content, the context, and the methods may be different, but all of these individuals share the same purpose: to model reality — be it physical, spiritual, or otherwise — for human understanding and enlightenment. (Even Jung, in working through his inner turmoil, used art and writing to make sense of what he experienced. Psychological information design?)

Today, the skill of modeling reality has been professionalized into many discrete roles, including information designer, infographic illustrator, data visualization expert, CG artist, et cetera. Technology continues to enhance our understanding of the world and expand the means by which we can communicate. Slowly, what our brains actually do is still evolving: how we perceive what is and conceive of what could be, as well as how we construct understanding. I wonder what a “Visions of the Cosmos” exhibit might look like in 50, 100, or 1,000 years from now. What new models will we create? What new understanding will we reach? What will our universe look like then? Will it still be a “universe”?

(Along the lines of how we know what we know, the Rubin Museum of Art is running a pretty amazing event series called Brainwave 2010. I wish I could attend every session!)