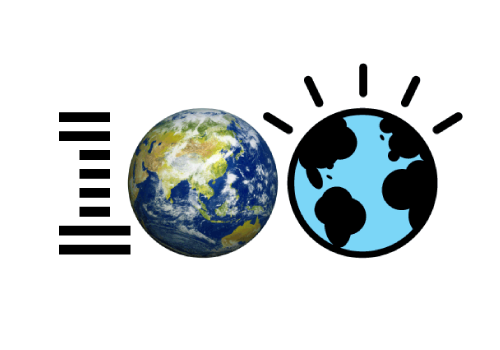 Solving global challenges is on many people’s minds these days (see my last post). Businesses of all sizes have become much more proactive in rethinking their values, culture, services, products, and operations to serve the greater good while staying profitable. But a select few companies are leading the way with bold ventures in the social and global spheres. IBM is among these titans of corporate social responsibility who are leveraging their powerhouse resources and expertise to improve people’s lives.

Now in its centennial year, the tech giant has commited serious resources to showcase its storied past, its formidable present, and its promising future. Among these efforts, the most intriguing has to be the THINK exhibit, a month-long “unique interactive experience” housed in a newly renovated part of Lincoln Center in New York City. The website’s opening statement succinctly describes IBM’s intent:

Consider the advances of the past century. The way science has improved our daily lives. The possibilities unleashed by technology. The things we can do today that earlier generations could not even imagine.

Yes, this is about better information, tools, algorithms—but that’s not all. It’s about the deeply human quest to make the world more livable, safer, more efficient, more sustainable.

Over the past century, the women and men of IBM have played a part in this unfolding story of progress. Today, we feel more confident than ever in people’s capacity to see the world with greater clarity… to map what we see… to understand its dynamics. All of which builds shared belief… in a better future, and in the way each of us can act to make it so.

On this, our 100th anniversary, we wanted to share some lessons we’ve learned. The THINK exhibit is an exploration into how the world works and how to make it work better.

Much has already been written about the experience itself, ranging from praise to skepticism. Nearly a week after its closing and after having seen it twice, I thought I’d share my impressions of THINK.

What impressed me most:

This exhibit engaged a broad audience at many different levels, and communicated at different depths. For the young at heart, the entryway data wall was a giant mesmerizing toy that invites you to chase after the fluttering LED data points drawn from sensors around the city. The opening movie flowed briskly but steadily, sustaining the most fleeting of attention spans across multiple screens. In a blink, those same movie screens transformed into touchscreen information displays about different areas of IBM research and innovation around global issues, such as data mapping and technological discovery. Play became the immediate impulse rather than investigation. With each touch of these colossal iPhones, one could control how close or far images appeared and set the pace of reading captions. If boredom set in, there were still four other panels to explore in the 25-minute time window.

What I thought of the design:

Honestly, it’s hard for me to fault the design of the whole experience. It’s not so surprising, considering the design firepower that was brought to bear: the strategic design consultancy SYPartners, the renowned exhibition design firm Ralph Appelbaum Associates, and the relatively new digital storytelling company Mirada. Since data are central to IBM’s story, their visualization required great thoughtfulness and restraint. With the involvement of Casey Reas, the resulting data wall succeeded in conveying information in a fluid, textural way without feeling too scientific or too vernacular. The opening movie deftly interwove graphic boldness with artistic nuance in the choice of imagery, juxtapositions, and narrative devices, all within the space of about 12 minutes. I particularly liked the use of six simultaneous video displays in a circle to play with the sense of space and location; when the movie shifted to deeper content, just three displays became the focus to prevent viewers from developing whiplash.

What could have been improved:

A few minor tweaks would have satisfied my fussy designer side. For instance, I liked that image credits were included and easily accessible by touching a button on the bottom right corner of every display, but I would have preferred to save my limited time with the displays and get the information online afterwards. I also felt like there was a missed opportunity at the end of the exhibit to engage visitors to participate in IBM’s grand vision for a better future, either by participating in further research or just building community around the key issues at hand (I should add that there was a general visitor feedback station at the end of the exhibit, which I did not take part in). The most direct way to participate I could find was the invitation on the exhibit website to tweet with the hashtags #IBM100 and #THINK. Finally, I wasn’t sure what the future of the exhibit itself was, or how I could revisit some of the research in the information displays. One volunteer I spoke with was unsure of this herself. I wonder if IBM considered developing something like an iPad app to extend and enhance the shelf-life of this great content.

I will definitely be paying more attention to IBM now, but not so much their stock price as their ability to preserve the sense of wonder and curiosity that fueled the many innovations on which their success is built. How will IBM realize their vision to “build a smarter planet”?