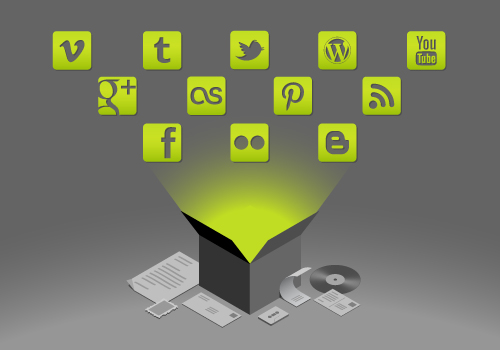 For ages, humans have relied on artifacts to convey emotions, experiences, beliefs, and histories. Museums such as the Met in New York are a testament to the enduring power of the physical object across all world cultures. Terra cotta figurines, bronze weapons, gold and inlaid stone jewelry, silk tapestries, and other handicrafts are imbued with meaning both intimately personal and timelessly universal. The narratives change over time, but the impulse to create stories through handmade objects has remained the same.

Over the past couple decades, the idea of employing craft to transmit culture has waned in popularity. Once commonplace “hobbies” such as embroidering, quilting, crocheting, knitting, and woodworking are now viewed as old-fashioned novelties practiced by people called “makers.” Even scrapbooking is becoming a dying art, despite the infusion of commercial support from Martha Stewart and Michael’s arts & crafts stores.

We no longer really make anything — we only collect, consume, and eventually dispose of mass-produced goods. In a sense, we have eliminated craft and storytelling from our modern lives to make room for the activities that keep us going (earning money, staying healthy, etc) and keep us entertained (watching television, listening to music, playing sports, etc). But what we actually do create for ourselves and share with others has taken on a new form and meaning.

To borrow a concept I heard during a talk between authors James Gleick and John Freeman at Cooper Union, we live in a world of atoms and bits, but with each passing day, we are translating more of our lives into bits while keeping fewer atoms around. Gone are the days of handwritten letters and postcards from far away friends we rediscover in an old shoebox; electronic mail keeps us all in close touch now and saves us from unsightly clutter. Never again will we find pressed flowers and notes tucked in the pages of an old hardcover; digital books and eReaders allow us to carry any book(s) we want anywhere we go without the cumbersome weight of paper. Forget about those mix tapes and mix CD’s from “back in the day”; MP3’s free music from the bounds of such delicate media and still sound crystal clear play after play. And (saddest of all), say goodbye to the wallet-sized photographs of beloved family members with inscriptions on the back; a simple scan or digital photo will preserve your memories for years to come in a super-compact JPEG format.

The problem is not that we are using technology more in more facets of our modern lives, but that we’re leaving something behind from our pre-digital lives: the tactility of human experience. Nowhere is the impact of digitization more apparent than in the transmutation of the photograph from a physical and chemical product into a fluid piece of information, a collection of bits that can be compressed, uploaded, downloaded, copied, and, of course, digitally printed out in vast quantities at virtually any size (if there are enough dots per inch crammed in). What was once a keepsake, a memento of something special is now a glowing array of red, green, and blue pixels on a screen. Our photographic memories are now steps removed from the touch of a human hand; only with a click of a mouse or a finger tap on a glass screen can we summon our treasured images into view. When the image file is closed and our computer display goes dark, our pictures occupy storage space on a dead metal and plastic box — whether it’s the hard drive in our own computer or a hosted server somewhere unknown to us.

Social media have reshaped our cultural relationship to artifacts and images to an astonishing degree. We are building a new museum on the Internet, wing by virtual wing. Flickr, the biggest online image sharing platform with about 100 million uploads a day, has been eclipsed by social networks that allow stories to be told rather than illustrated. Facebook has become much more than an online scrapbook. It is a repository of interlinked memories where the entire lifetimes and legacies of its users will ultimately be preserved. With the growing use of mobile phones as cameras, apps such as Instagram offer a variety of vintage effects mimicking traditional photographic techniques, thus blurring the line between authentic and artificial. The share-ability and customization of a moment in real time is all that matters.

While Flickr and Facebook retain more of the link between the picture taker and the picture, Tumblr and Pinterest largely down-play attribution to encourage the creation of moodscapes and synthetic stories from whim-driven collections. Photographs in this context amount to little more than raw material for digital pin-up boards, from which others can repost in their own personal gallery of cool. The more an image is reposted, the further it travels from its origin, the more it becomes a commodity. (That’s not to mention the many ways images are being remixed and manipulated to create new and radically different meanings.)

Even the gestures we make in these and other social networks can be reduced to the simplest and most bit-like messages: a “share,” a “like,” a “+1,” or a retweet. These modes of engagement require a minimum of thought and effort, yet they have now become the currency of a still flourishing digital culture. Continuous life sharing is an attention economy of its own, where even the act of participation is a form of data by-product to be harvested and analyzed for commercial benefit. Everything we do online, and even offline, ultimately reduces to information.

With each passing generation, traditions fade, technologies go obsolete, and history repackages itself. A lossy compression of culture occurs about every fifty years — information is cut out, averaged, recompiled, and reformatted. The end result of this continuous data optimization is a vaguely familiar picture of a reality we once experienced, but not necessarily an accurate one. The closer we look, the less evidence we will find of ourselves. And the harder it will become to track down and access the genuine articles that gave dimension to our history.

Our computer interfaces continue to carry the legacy of the physical world, from buttons and dials to leather textures and animated page turns, but only for nostalgia’s sake; our concept of making and the tools of production have already transferred over to the computer desktop, where we now launch applications, shuffle through windows, and swipe/tap/click our way across the informationscape. Before long, the mental models that span analog and digital will break, and our tech-saturated reality will outdate the conceptual crutches built into our operating systems. Imagine a day when folders and documents only exist on a screen.

In the process of going medium-less, we will have poured our lives into boxes within boxes. All the wonder, meaning, and discovery that ephemera provide will gradually be lost to the ages, with the only backup copy surviving in our living memory.